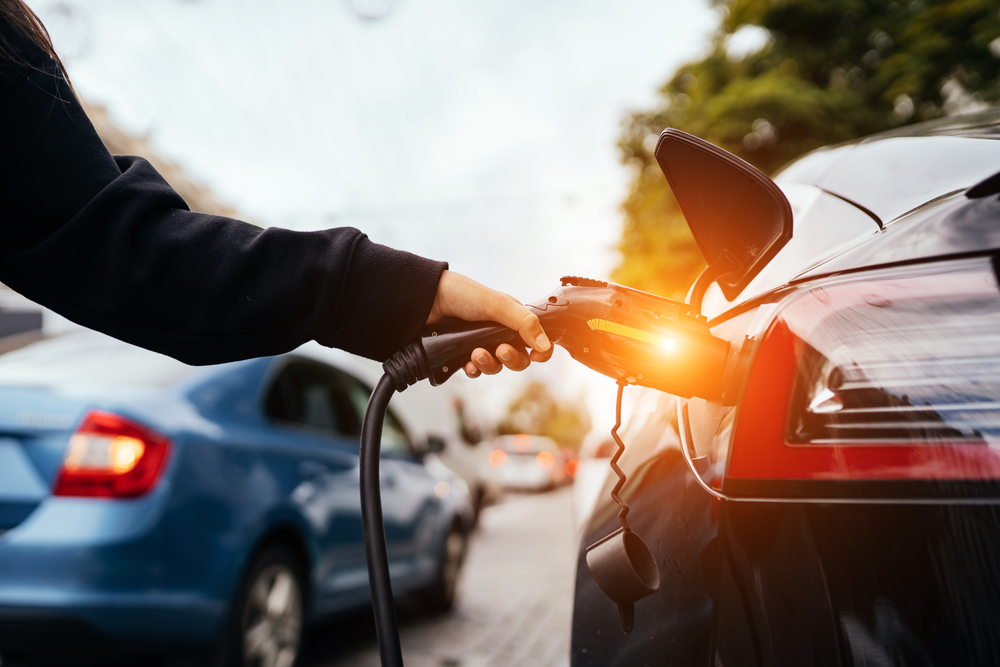 Beyond Tesla: the 4 EV trailblazers you haven’t heard of

The world has firmly put pedal to the metal when it comes to electric vehicles (EVs). Indeed, demand among drivers has soared beyond what many industry experts expected. Back in 2017, for example, analysts at Swiss bank UBS forecast EV sales of 3.1 million in 2021. The true figure turned out to be well over twice that, with around 6.5 million units sold globally that year.

Much of the media interest in the electrification revolution has focused on the big players battling it out for supremacy in this brave new automotive landscape. Tesla is a persistent headline generator, with good reason. The Texas-based behemoth has shifted many more units than anyone else, achieving the biggest market share in 2021.

Meanwhile, questions swirl around Volkswagen Group’s position in the pecking order, and whether a legacy manufacturer whose success was based on the internal combustion engine can really overtake Tesla. As noted in our newest Autotech & Mobility report, Volkswagen is still trailing in Tesla’s rear view mirror, having sold just a little over half the number of electric vehicles shifted by Musk’s company in Q4 2021.

With all the commentary around these world-spanning companies, it’s easy to lose sight of the bigger EV picture. There are numerous lesser-known companies out there which are playing their part in the global transition, including these four worth watching.

“It’s simplistic to say that ‘Ola is the Tesla of India’ or the ‘Uber of India’. But we’re not. We are the Ola of the world.” These were the lofty words of Ola Electric’s CEO, Bhavish Aggarwal, and his company has certainly been making big strides of late. Based in Bangalore, India, Ola Electric has enjoyed several fruitful funding rounds over the past few years. A $200 million round in January 2022 boosted the firm’s valuation to $5 billion.

Starting life in 2017 as a subsidiary of ANI Technologies, the parent company of rideshare company Ola Cabs, Ola Electric was spun out in 2019. Though it currently specialises in scooters – a sound strategy, given that India is the biggest market for two-wheelers in the world – Ola Electric has ambitions to launch self-driving electric cars by 2024.

There are clearly challenges to overcome, with over 1,440 Ola Electric scooters recently recalled after one burst into flames. Still, with the Indian government pushing for the majority of two-wheelers to be electric by 2030, Ola Electric is well placed to live up to its CEO’s lofty expectations.

Anyone visiting Rivian’s website would be forgiven for thinking they’d accidentally stumbled onto the official site of a national park. A craggily majestic mountain landscape fills the screen, emblazoned with the tagline “Preserving the natural world. Forever.” Even the descriptions of its automobiles are framed in environmentally conscious terms, with phrases like “vehicles made for the planet” and “connect with the world around you” peppered throughout.

The emphasis on the natural world makes sense, and not just because Rivian is in the eco-conscious EV business. The company is known for its electric pickup trucks and SUVs, which are ideally suited for rugged off-road adventures in the great outdoors and have been described as all-electric Land Rovers.

Rivian, which started way back in 2009 under the name Mainstream Motors, went public in November 2021. By the close of its first day of trading, it was valued at around $86 billion, and is regularly touted as the next Tesla. It’s now building electric delivery vans for Amazon, establishing its own charging stations, and constructing a $5 billion factory in Georgia.

Lucid has been around for quite some time, though it’s undergone a radical transformation over the years. The company was founded in 2007 as Atieva, producing electric vehicle batteries for other manufacturers. Much later, it pivoted to become a car maker in its own right, rebranding as Lucid. Its flagship product is the Lucid Air, which the company describes as “the longest range, fastest charging luxury electric car in the world.”

Lucid’s seriousness as a Tesla competitor was confirmed in April 2019, when it announced a $1 billion cash injection from Saudi Arabia’s Public Investment Fund. A few years later, Lucid became a publicly traded company through an SPAC merger which brought the car firm $4.6 billion in investment.

Bulging coffers aside, there are some key factors that invite comparisons between Lucid and Tesla. For one thing, Lucid’s CEO Peter Rawlinson is in fact a former Tesla man, having been chief engineer of the Model S (though he and Musk have very publicly disagreed about the extent of his involvement in that iconic car).

Lucid also shares Tesla’s big thinking, declaring its intentions to launch an electric SUV as well as a direct rival to the Tesla Model 3. Its global ambitions were further signalled by the announcement in 2022 that it will build its first international manufacturing plant in Saudi Arabia.

Vingroup may not be a familiar name globally, but it looms large in Vietnam as the country’s largest conglomerate. Heavily involved in everything from real estate to holiday resorts to healthcare, it’s attracted international attention thanks to its automotive subsidiary: VinFast.

Founded in 2017, VinFast’s ambition is to “become a global smart electric car company”, according to its CEO. As such, it’s since declared it will pivot from internal combustion engine vehicles to focus entirely on EVs. What’s more, in early 2022 it became the first electric car manufacturer to utilise blockchain technology, using NFTs to certify customer reservations of VinFast EVs.

Later in 2022, the company announced plans to establish a $2 billion electric vehicle and battery plant in North Carolina. It’s an audacious move, and some analysts have warned that the company may struggle to overcome weak name recognition outside its native Vietnam. It’s clear, however, that VinFast is determined to cut through and establish itself on the global stage, recruiting top execs from the likes of BMW, Porsche and, yes, Tesla, to propel it to EV success.