Thinking of Selling Your Technology Business? Tech M&A in the Time of COVID-19 (part 1)

This is the first in a series of four blogs on the impact of COVID-19 on technology M&A written for those considering or in the process of a technology transaction and how to take advantage of the current circumstances.

Part 1: Those who don’t learn from technology's crisis-driven history are doomed to repeat it

One of the phrases that’s often used about the current COVID-19 situation is that it’s 'uncharted territory'. Whether that's true or not, I'd argue it's more important that those who don't know their history are doomed to repeat it.

So, what can we glean from previous experience?

As a veteran of the IT industry for over 30 years, I’ve lived through no fewer than three crises just since I started in M&A in 1993 – so I bring a bit of a longer-term perspective.

The 1998-2000 peak and the end of the dotcom era was the first crisis. It was very different to later crises. Back then, there was talk of eyeballs, never mind revenue, and don't even mention profits – a tech bubble.

It was followed eight or nine years later by a real estate bubble in the United States, which led to the 2008-2009 economic crisis. This took years to recover from, and the crisis posed a broader infrastructural challenge regarding whether the banking system would fail.

I attended conferences where people talked seriously of buying gold bars and hiding them under the mattress, or of how the economy would work with a bartering system.

The technology industry, however, came out of 2008-2009 in very strong shape.

Among others, Amazon, Google and Facebook had launched successfully before the crisis and already figured out the path towards the big bucks. For example, iPhones were introduced in 2008 and the following 12 years are history.

Conversely, post-crisis boom caused some technology casualties, particularly among companies unable to meet the demands of their customers such as Nokia, or unable to compete, like Yahoo and their missed opportunity to exit at the right time and sell to Microsoft back then.

In this crisis, too, we expect to see technology “winners” in a potentially changed society. In the same way that mobile and smart phones changed our world over the last decades, the lockdown and the requirements of working from home may lead to an entirely new way of working going forward.

How is the tech M&A market affected?

Currently, the technology industry is not suffering dramatically. It suffered a 20 or 30 per cent decrease but bounced back after the announcement of mega economic support packages in the US and in European and Asian countries.

We haven’t yet seen the full extent of the downward trend: economic packages won’t all kick in at once, and headlines will point to unemployment rising and bankruptcies growing in the next weeks. This will cause disappointment, disillusionment and investor sentiment is set to go down.

However, technology investor sentiment will bounce back. Having been through this twice now and as I live through a third crisis, it seems obvious to be that while technology markets go down, they also come back up (and you could say the same vice-versa as markets tend to dip after a period of faring too well).

Relatively speaking, we saw a downward tick from the peak in February 2020. It was almost 30 per cent, popped back up, and we’re still about 15 per cent ahead of where we were last year. From a historical perspective, the downward tick in our portfolios is not as dramatic. It will continue to go down in the short term.

Despite this dip, throughout March 2020, deal volumes have barely moved – with around 285 deals closed roughly equal to the 300 per month observed since 2018.

In terms of disclosed deal value, however, March 2020 has gone down dramatically.

We'll be addressing M&A process and planning and how they have been affected by COVID-19 in three more posts next week, so keep an eye out.

Join us for a regular update and Q&A webinar.

Hampleton's Miro Parizek, Dr. Jan Eiben and Anton Røthe will deliver an update fresh from the market and answer your questions about selling your business in times of #COVID19. 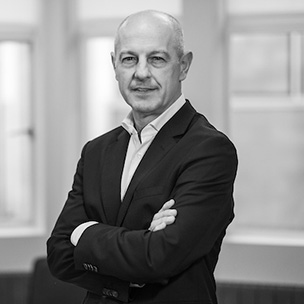 Miro Parizek established Hampleton in 2013 with a group of fellow deal makers and technology industry entrepreneurs, uniting hands-on industry expertise and seasoned transaction experience together for the optimal M&A advisory. Miro has been providing M&A advisory services to the technology industry since the pre-dot.com era and has managed scores of transactions supporting privately-held sellers and publicly-traded companies, ranging from 20 to over 2,000 employees.Miro has 30 years of experience in the software and IT industry.

Prior to his M&A career, which began in 1998, Miro founded and ran three software and IT related firms in the ’80s and ’90s, including a leading international software vendor, North American Software. He was a founding member and, for over a decade, treasurer of the German Software Association, which was merged with the country’s multi-media association, creating today’s national association for digital economy (BVDW).

Miro has degrees in International Finance from the Wharton School of Business and in Computer Science from the Moore School of Engineering. In addition to his English mother tongue, Miro speaks fluent German after having lived in Germany for over twenty years.