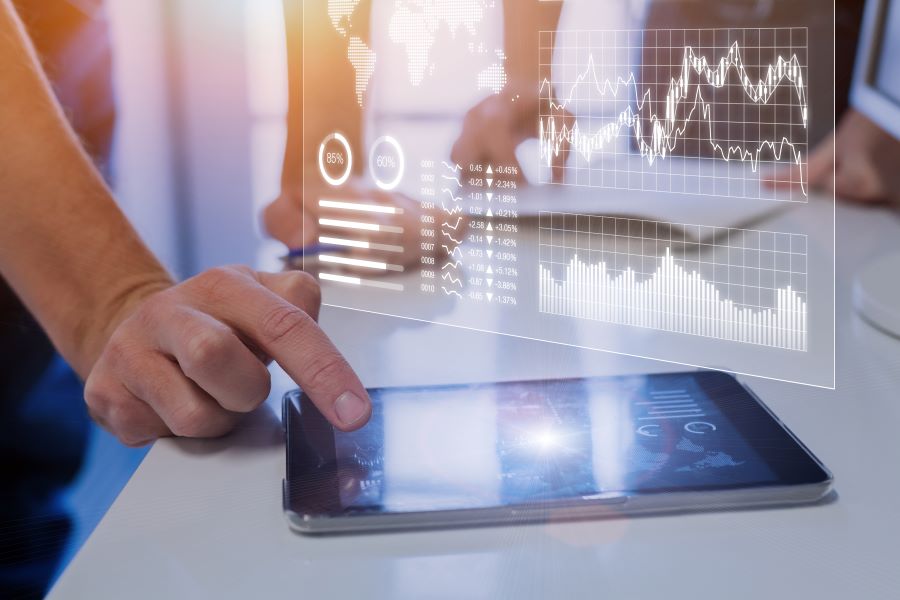 Does the Enterprise Software M&A Market Hold Clues To Our Post-Pandemic Future?

Recent events have accelerated digital transformation across the board, and nowhere is this more apparent that in the enterprise software marketplace.

The true impact of COVID-19 is yet to show itself in the figures, but there are indications that investors are starting to take bets on what a post-pandemic future could look like.

We take a look inside our latest publication, M&A Market Report 2H2020: Enterprise Software, for clues on what the future might hold for our work, rest, and play.

Home working, online shopping, and cashless purchases are nothing new, but this year, COVID-driven necessity has led companies to embrace them like never before.

There has been much speculation about whether this “new” way of doing things is here to stay. If the Enterprise Software M&A market is anything to go by, the answer is yes.

Our report shows only a modest slowdown in deal numbers and volumes in the first half of 2020.  And while most M&As to take place up until June would have been signed and sealed before the pandemic hit, the next six months do not look any more catastrophic.

A study published in the Harvard Business Review in June found that 23 per cent of respondents said they either did not expect the crisis to impact 2020 forecast deal volume, or that they intended to accelerate deal volume, thanks to the increased number of opportunistic targets or higher valuations.

The authors concluded that these companies were keen to swoop and gain first-mover advantage while other prospective buyers were still in shock or sorting out their next steps.

In Enterprise Software, it’s clear to see where acquirers are attributing value – video conferencing solutions, cloud storage, and payment processing software have all attracted attention in no small part down to their role in the so-called “new normal”.

End of the office?

Compulsory, full-time office working was already on the wane before SARS-CoV-2 was ever even mentioned. Employees had long been calling for more flexibility in their working day and the software was emerging to support that.

The last six months have proved to employers that their staff can be just as productive – sometimes even more so – from their own homes. Large, expensive office buildings are no longer a necessity for many businesses.

While no one is advocating a wholesale move to “WFH” for the entire workforce, it is fair to say that different working patterns, such as splitting hours between on-site and remote, are on the horizon.

This bears out among the top trends seen in Enterprise Software M&A deals in the first half of this year. In March, for example, private equity firm Marlin bought 4k videoconferencing SaaS Lifesize and merged it with “contact centre as a service” company Serenova to create a single communications provider serving more than 10,000 small and medium enterprise customers worldwide. The following month, Verizon acquired videoconferencing, webinar, and online event management SaaS BlueJeans for $400bn.

Such deals demonstrate that the market does not see us going back to the office any time soon.

End of the High Street?

We’ve been talking about the end of the High Street since the first supermarkets opened their doors decades ago.

But the unprecedented shock of lock down, followed by months of restrictions on everything from customer numbers to point of sale displays has forced many brick and mortar retailers to rethink their offerings – and consumers to rethink their habits.

According to data from IBM’s US Retail Index, the pandemic has accelerated the shift to digital shopping by as much as five years. Sales from department stores and other “non-essential” retailers declined by 25% in the first quarter of 2020, and a by 75% in the second. By contrast online sales are expected to grow by almost 20% over the course of the year.

Despite the increase in contactless payments in recent years, the idea of a cashless society had seemed a long way off – until COVID-19 made handling money a risky business.

In August, payments company Square published a report that said fewer than one in four payments made in the UK between January and July were in cash. That’s around half of pre-pandemic levels. The figures also showed 31% of businesses had made the move to cashless by mid-July, up from just 8% at the start of the year, equating to a 288% increase.

Changes in where we shop and how we pay are contributing to another clear theme in our latest 2020 Enterprise Software M&A report: payment processing software. In fact, the largest disclosed deal of the period was in this arena. In February, Worldline SA acquired ePayment solution provider Ingencio Group SA for $9bn, at 2.9x EV/S and 8.7x EV/EBITIDA.

The future of Enterprise Software

As anyone working in the digital world will attest to, COVID-19 has accelerated, rather than instigated, the adoption of technology.

As companies struggled to adapt to working in a pandemic-stricken world, they have embraced solutions that allow their staff to work at home, their customers to shop online, and their payments to be taken safely.

It remains to be seen how much of this “new normal” is here to stay, but the Enterprise Software M&A sector may very well hold some clues.