Can AI help build the smart cities of the future?

As urbanisation continues apace, cities are increasingly under pressure to tackle issues such as sustainability, crime and pollution. Smart cities, built on artificial intelligence (AI) and the internet of things (IoT), are already using a slice of the huge realms of data generated in urban centres every day to do just that. But there are significant roadblocks ahead.

As part of our series on the future of AI, and to mark the publication of our latest Artificial Intelligence M&A Market Report 1H 2019, we look at the opportunities of, and the barriers to, building the smart cities of the future.

What are smart cities?

We are witnessing the age of urbanisation, as more people than ever are moving to and living in cities.

With such an increase in numbers and all the associated systems, from policing and transport to utilities and waste disposal, how will these new cities of the future be organised? If they are to survive and thrive, cities need to grow sustainably. Smart cities could be the key.

Every day, cities all over the world generate more data that humans could ever use. Smart cities take that data and build AI and IoT-based solutions to everyday problems.

Projects may concentrate on delivering services, like in Las Vegas where park clean-up crews are dispatched when AI-driven cameras detect litter or graffiti, rather than on a fixed schedule.

Equally, smart city projects may work to reduce illness. In Moscow, for example, the pilot of a system that automatically ran more than 600 MRI and CAT scans through an AI detection programme found 225 cases of breast and lung cancer that had previously been missed.

If the cities of the future are to offer the millions of people living within them a decent quality of life, we need to tackle some of the biggest problems of urbanisation: sustainability, crime and public health.

Pollution is an increasingly dangerous problem in cities, but in Taiwan an AI-powered air quality early warning system tells people when they need to restrict outdoor activities.

Overall, smart cities could off-set the issues that are inherent in increased urbanisation, improve quality of life and make urban centres more efficient.

“Artificial intelligence has shaken off its experimental mantra and fully launched into the developmental phase of the innovation cycle."

But while the technology and the knowhow needed to change the world exists, the infrastructure we need to scale it up does not.  If we are to transition from 20th to 21st cities, we need first to address some big questions.

The first of these is funding models. We build business cases on “money earned” not “money saved”, meaning local authorities wanting to implement preventative technologies need new ways to work with private companies and investors.

Regulation models, built to meet the needs of yesterday’s technology, need to be overhauled to suit the technology of tomorrow.

As disruptive models are implemented, they can overtake local planning and regulations processes causing discord.

A perfect example of this is when Uber moved into UK cities where individual taxi drivers are licenced, such as London.

The introduction wasn’t managed, and created an unequal trading environment which led to wide-scale protests by the resident black cab drivers that saw Uber’s licence to operate revoked.

In Sao Paulo, Brazil, the city council retreated from its original position to ban ride-hailing apps and instead set up a fee system that charges drivers to use the public roads in a way that benefits all the city’s residents.

The sliding scale means drivers pay more if they operate in the city centre during peak hours with just one passenger, or less if they work in areas underserved by public transport. There are also incentives for using accessible or electric vehicles.

And if smart cities are ever going to be scaled up to a point where they will make a significant difference, there is a very real need to address privacy concerns.

In the Chinese city of Zhengzhou, police officers use smart glasses to spot criminals. The facial recognition system they use can match 1.3billion records with 90 per cent accuracy in just seconds.

But what’s good for China isn’t necessarily good for modern capitalist countries where smart surveillance can be seen as the stuff of Orwellian nightmares.

In the UK, similar technology is controversially being rolled out on a pilot basis at events such as football matches without a conversation on what is acceptable or legislation to underpin its safe use.

AI-driven smart city projects are essential to the efficient, sustainable running of future cities and megacities.

Success, however, depends on a shift in thinking and the creation of the new funding and regulation models that technology needs to thrive.  We also need to address the ethical issues of privacy and trust.

The first step to all of this is a global conversation about what we want from our technology – and what data we are willing to share in order to achieve our goals. 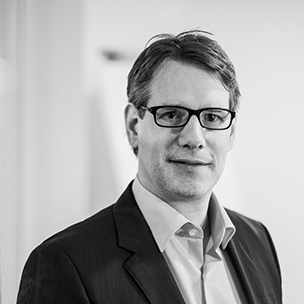 As a technology enthusiast Heiko has had the opportunity to witness and participate in technology surveys and has held several tech roles in various companies (his most recent being a technology consultant at Siemens AG). After leaving Siemens AG, Heiko founded and advised various start-ups and now works with his own company in the VR/AR environment to implement projects.